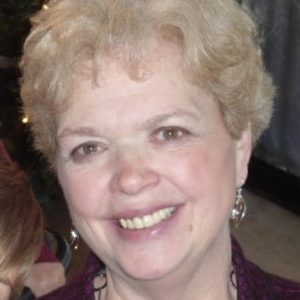 Janet K. (England) Baccino, age 76, passed away peacefully at Linden Hall in Kennett Square on Thursday, August 27, 2020. She was the wife of Frank A. Baccino who passed away in 1988, and with whom she shared 16 years of marriage.

Janet was the daughter of the late Leroy and Treva England and spent most of her life in the southern Chester County area. She graduated from Kennett High School in 1962.

Janet was retired from Acme Markets, where she worked for over 20 years, first at the New Garden location then in Avondale after the store relocated. She had many positions at the store over the years, but her favorite was when she worked in the bakery department. If you ever ordered a personalized decorated cake from the bakery in the 90’s and early 2000’s, chances are she’s the one who decorated it.

In her spare time, Janet loved crafts, from the countless hand-made Halloween costumes for her children to beadwork in her later years and almost anything and everything in between. She also enjoyed cooking and especially baking, learning several recipes from her Italian mother-in-law. In retirement Janet used her free time to travel both by cruise and land to Canada and Europe.

Janet is survived by her son, Nicholas (Melinda) of Landenberg, PA; her brother James England of Townsend, DE; loving grandsons Cole and Christopher of Landenberg; and several nieces and nephews.

She was preceded in death by her daughter, Jacqueline; grandson, Luke; sister Kathryn; and brother Robert.

Due to the pandemic, services will be held privately.

In lieu of flowers, please consider a donation to the Alzheimer’s Association, 225 N. Michigan Avenue, Floor 17, Chicago, IL 60601 or on the web at http://act.alz.org/donate

Thank you for your support during this difficult time.
Please enhance this tribute to Janet by adding your memories.

Due to the pandemic, services will be held privately.