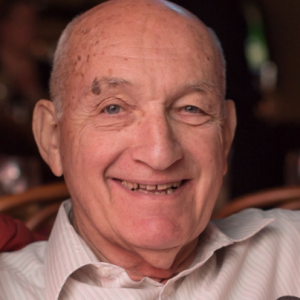 Raymond A. McClure, Jr., of Kennett Square, passed on December 5, 2020 after a brief illness.

He was preceded in death by his sister, Katherine McClure Ash, and his wife, Laura Conner McClure.

Ray graduated from West Chester High School in 1951. He worked briefly with Bell Telephone CO. of PA before joining the Navy where he served from 1951-1955. He served on the U.S.S. Requin as a submarine fire controlman. Upon leaving the Navy, he resumed his career with the phone company, retiring from AT&T.

Ray harbored a great love of the outdoors and was an enthusiastic amateur arborist, ornithologist, and botanist. Over a forty-year period, he painstakingly transformed the ground of his two homes in Downingtown into personal arboretums. This led him to first volunteer and then work at Longwood Gardens from the mid 1990’s through 2019. He delighted in sharing the Gardens with visitors, friends, and family and treasured the many friends he made during his time there.

He was an avid supporter of and volunteer for BSA Troop #70 in Thorndale, PA, making two trips in the mid 1970’s to Philmont Scout Reservation where he shared his love of hiking, camping, and connecting with nature.

He nurtured a lifelong love of music and was particularly fond of the Philadelphia Orchestra during Eugene Ormandy’s tenure. Even though he couldn’t carry a tune, he had broad taste in music and an ear for the eclectic. He found beauty in unexpected ways and places.

Ray will be remembered for his love of puns, crossword puzzles, jigsaw puzzles, and coffee ice cream. We will miss his warmth of spirit, generosity, and devotion to family and friends.

In lieu of flowers, the family requests donations be made in Ray’s honor and memory to Longwood Gardens (Pierce’s Walk) at: https://longwoodgardens.org/support/honor-and-memorial-gifts or
https://www.nationalforests.org

His family will convene a memorial and celebration of his life at a later date.