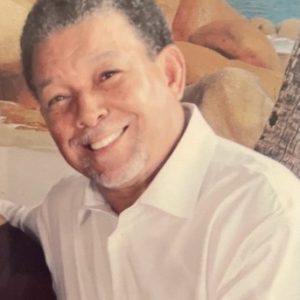 William Eric Dickinson Sr. was born on March 8, 1946 to the late Harold and Margaret Dickinson, in West Grove, PA. He was the eldest of four children. William departed this life at his home in Hockessin, DE on Friday, June 24, 2022 with his family by his side.

William graduated from Avon Grove High School in 1964. While in school William was an exceptional student and an outstanding athlete excelling in track & field. After graduation William enlisted in the United States Army in 1964 serving four years. While serving his country, William was deployed to Germany and was a Radio Repair Specialist. He was honorably discharged in 1968.

William met the love of his life Flossie in the summer of 1964 at the Oxford carnival leaving him speechless for the first & only time in his life and would later wed on January 27, 1968. They celebrated 54 years of undying love in January of 2022. To their union, they have two amazing children Renee Trenace, and William Eric Jr.

William was employed at DuPont Chemicals Company for 25 years as Managing Sales Director, before retiring in 1993. Upon his retirement from DuPont, William worked for Delaware Blueprint before eventually acquiring the business & becoming the sole operating owner. Most recently, William worked part-time at Nichols & Associates, CPA in Wilmington, DE.

William began his spiritual journey at Christ Temple Church in Kennett Square, PA. He was baptized in Jesus’ name and received the Holy Ghost. He became an Ordained Deacon under the mentorship of Deacon Everett Butcher and became a beloved Young Adult Sunday School Teacher. Being obedient to the voice of the Lord, William founded the Fellowship Hope Church of Middletown, DE in 2002.

In October of 1972, William became a member of the prestigious DuPont Country Club of Wilmington, DE. Here he learned golf was not a game of being perfect but only a game that could only be played but never won. His persistence to be better and love for the game made him a fierce competitor and worthy opponent to all his peers.

William, also known to some as Bill, Uncle Bill, a hero, was a gift to the world and will live forever in our hearts. His infectious smile and inviting personality brought warmth & joy to all he encountered. William was a self-driven, motivated man that worked hard to achieve any goal he set forth. He was meticulous and his attention to detail was thorough for every project. He had an amazing ability to brighten your day with a compliment or share his wisdom with anyone who needed advice. He was very well respected and was influential throughout his circles of family and friends. William showed great appreciation for life and all it had to offer. The legacy that he leaves encompasses Galatians 5:22-23 – “But the fruit of the Spirit is love, joy, peace, patience, kindness, goodness, faithfulness, gentleness, self-control.” William enjoyed spending time with his family and spreading love through the Word of God.

He was predeceased by his parents, Harold Oscar & Margaret M. Dickinson.